Very few things surprise me. Every once in a while someone does something so egregious that it is shocking, but more often than not, things are just funny (like the woman who wore three not-s0-strategically placed drug store bows to Fantasy Fest). That was it. Three bows and some thigh highs. It was not a good look. But was it shocking? No. It was pretty darn funny, in fact.

There are an abundance of websites that have funny signs, photos of Wal-Mart shoppers, and any number of other humorous images. Several nights ago at a restaurant in Fort Lauderdale, I noticed this sign on the front door, and I will admit, I did find it rather surprising: 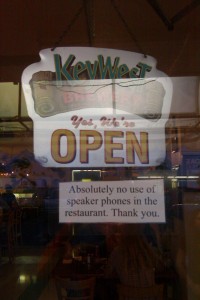 These days, the people need to be told to silence their cell phones in theaters, movies and on airplanes. I would think that people would know proper behavior. I would be wrong. But to have to be told to not have a conversation on speakerphone while sitting at a restaurant? That’s just too much. Really. I like eavesdropping, probably more than most people, but listening to a conversation on speakerphone? That takes all the fun out of it. You leave nothing to the imagination. I am much happier with you talking on an actual phone so I can make up my own version of what is going on on the other end. I’m sure my version makes your life much more interesting than it actually is. 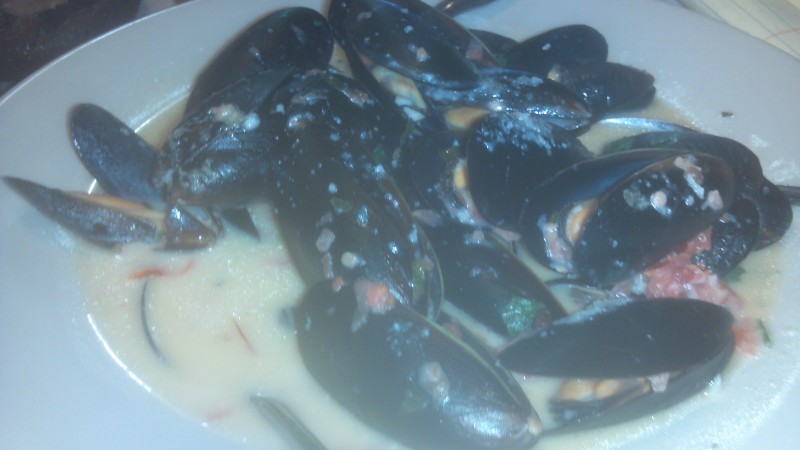 As part of a 3 Loud Women lunch meeting this week, we headed to Giorgio’s Bakery to get some sustenance to carry […]

A couple of weeks ago, I received a UPS package with the latest Lucy Burdette novel, Death in Four Courses. Naturally, I […]

Some say that breakfast is the most important meal of the day. I disagree, but that is a topic for another day. […]