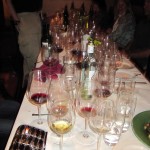 I am unapologetically geeky about certain things, wine being one of them. Being a good wine geek, I have wine geek friends all over the place. I have met up with fellow geeks in Dallas, Philadelphia, Chicago, New York, Disney World and beyond. So, it was no surprise when we started hanging out with the Utah crowd last year. This year many of us already knew each other, so everyone was pretty comfortable from the get-go. That could have also been the pre-dinner Champagne.

We met at The Cabin at the Canyons resorts. As a party of thirteen, with too many wines to count, it is a good thing we had the back corner of the room to ourselves. Everyone started off quiet and friendly, then the wines started. The theme of the dinner was Bordeaux and although there was a Rhone white thrown in at the beginning, we stuck to the theme with these wines: 2003 M. Chapoutier Hermitage Blanc Chante-Alouette (I love the Rhone whites), 2006 Chateau 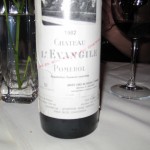 Needless to say, we were a bit louder at the end of the evening than at the beginning. Oh yeah, the food was good, too. The next day, as I was taking a hot chocolate break in the Deer Crest real estate office, my conversation with a random guy went like this:

FKG: Need a little break, it is cold out and there was too much wine last night

RR (Random realtor): Where did you go?

FKG: The Cabin, with a bunch of my wine geek friends.

RR: Oh, did you have Petrus? (he says oh-so-sarcastically)

Another culinary high point of the trip was the JG Grill  (as in Jean Georges) in the new St. Regis. I will admit that anytime I can finish skiing and have a civilized meal, it is a high point for me, but this was over the top. A beautiful room, with fabulous leather and suede chairs, an offensively expensive wine list (Mas Doix Salenques for $297, really? I hope this was a misprint and you really meant the Mas Doix flagship wine). Wines with lunch, when lunch is a truffle/fontina pizza and a tuna burger, where the tuna burger is actually ground up as if it were beef, not just a slab of fish called a burger because it is on a bun, and topped with shiso pickles. I will ski every day if it ends with lunch at the St. Regis. 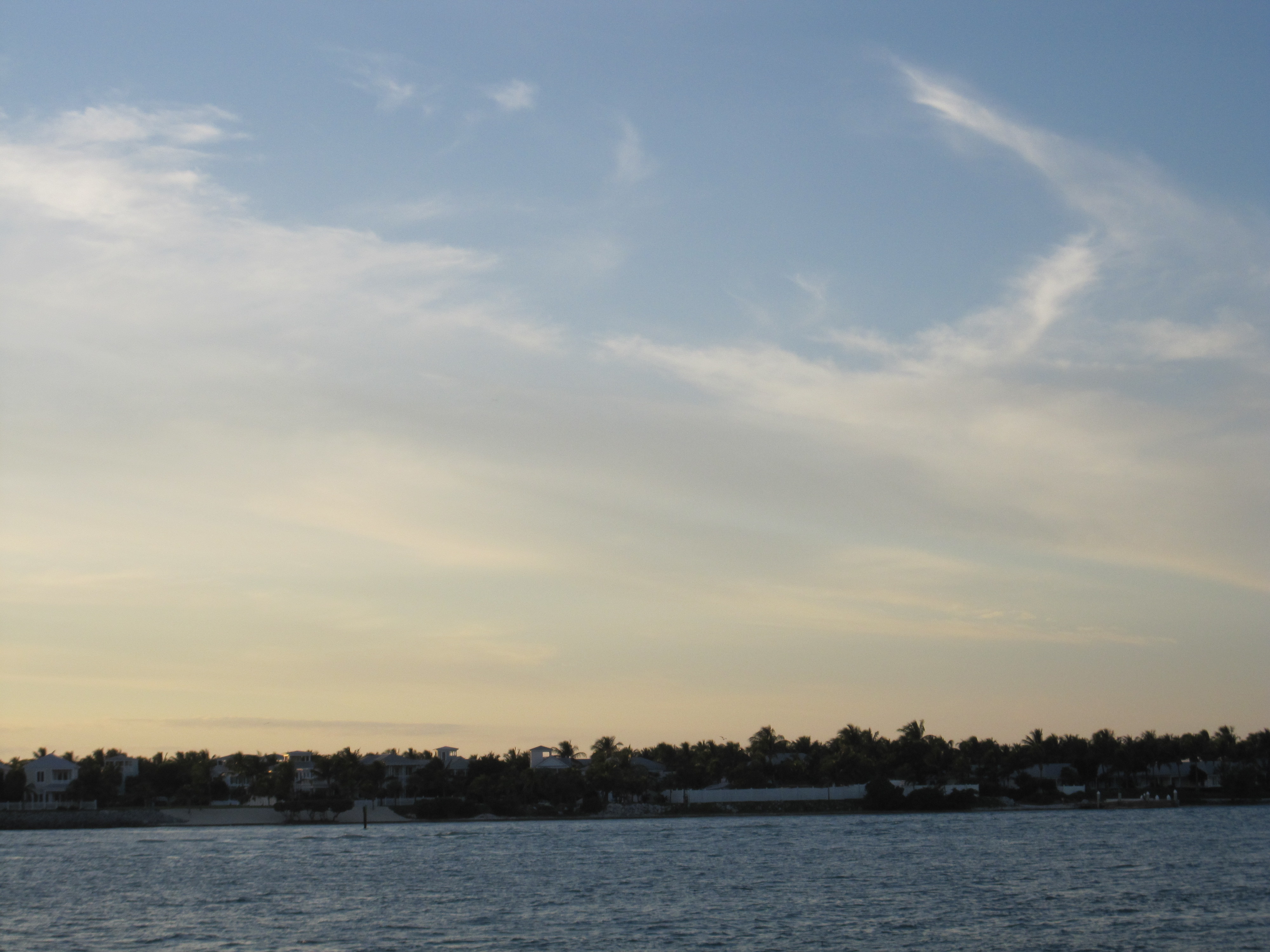 Ahhhhhhhhh, there is nothing quite like a nice, not heavily trafficked drive through the Florida Keys. There I was, with my Cousin […] 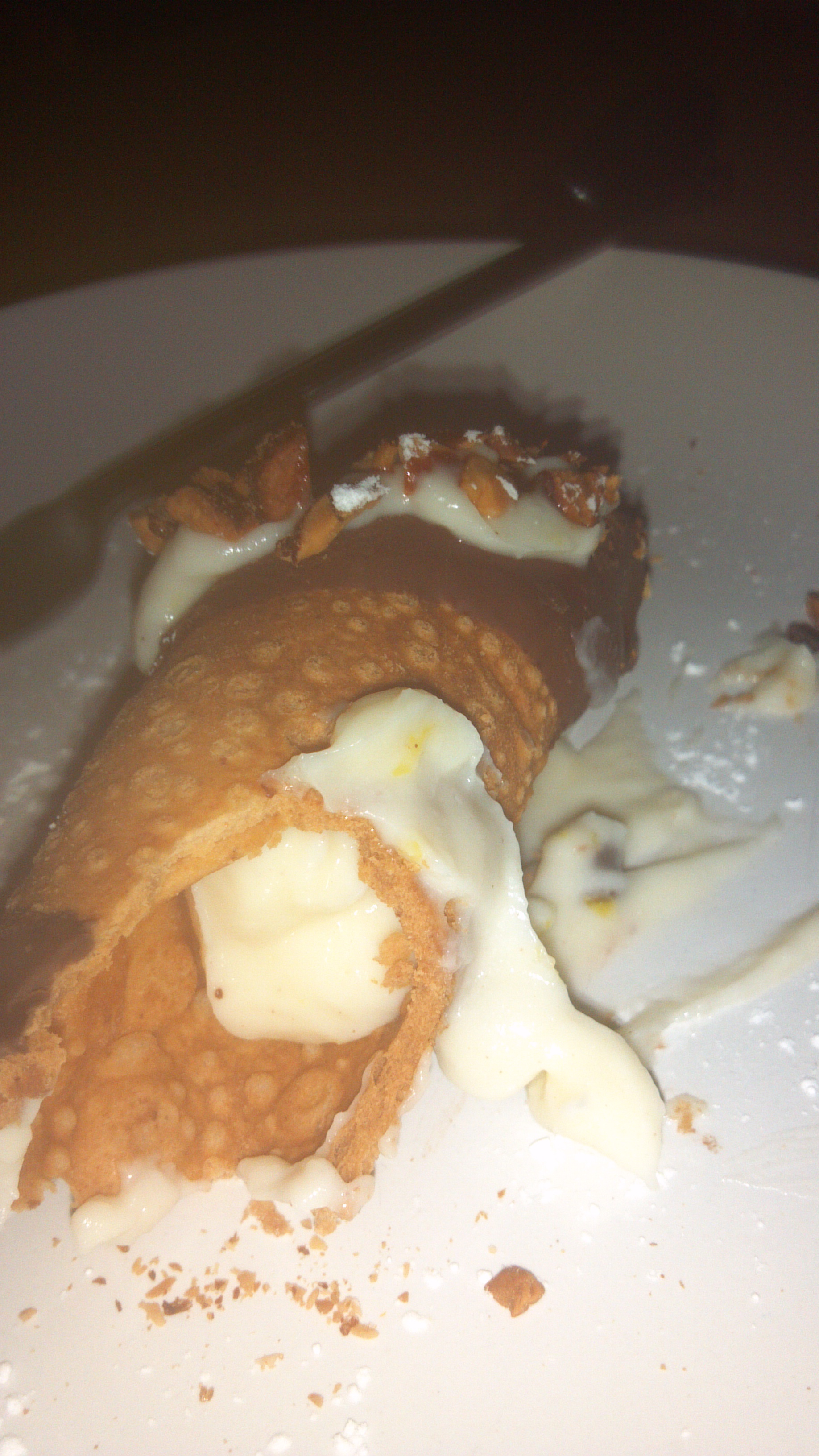 We have wine friends everywhere, so when out of town wine geeks make it south, we always try to get together with […]

It is no secret that my favorite Fantasy Fest event is the Masquerade March, and this year proved no different. The theme […]

Clearly I am no online dating expert. FKGuy and I met as counselors at summer camp before our senior year of college. […]