Most people travel to New York City to see a Broadway show, dine in fabulous restaurants, and visit the Empire State Building. Me? I spent last week unpacking my friends’ apartment. Not to worry, we ate well, too.

I arrived to find the outside temps a brisk 27 degrees. It seemed like a good idea to turn around and simply get on the next plane back to Florida.  That is just too cold. Alas, I sucked it up and forged ahead into the tundra. I had woken up at 5 AM and managed not to sleep at all on the plane, so I wasn’t exactly thinking by the time I got to my destination.

The doorman asked where I was headed and replied, “Oh, I don’t think they are home.” I assured him I had just spoken to my friend and headed upstairs. I let myself into the dark apartment. Something in my brain told me this wasn’t right at the same moment I noticed a photo on the wall. (This was odd since photo placement was one of my tasks during the week.) I didn’t recognize anyone in the picture. It was clear I was in the wrong apartment.

Backtracking, I quickly moved back into the hall and recognized the giant pile of shoes at the apartment next door. I had the apartment number wrong the whole time since they bought, renovated, and ultimately moved into the apartment. Oops.

Now I know. (Of course, now I also wonder, who leaves their door unlocked when they are not home? Anywhere, really, but especially in New York?)

After what could have been a rather embarrassing situation, I found my friend, enjoyed a self-guided tour of the new apartment, and insisted that we get lunch. I could not unpack a single box on an empty stomach. Because nothing says fortifying quite like a bagel and smoked fish, we headed to Barney Greengrass. In all my years living and visiting New York, I’d never been there.

Barney Greengrass is one of those typically New York places. It hasn’t been renovated since the 60’s (what for?), and the surly service is tolerated only because the smoked fish is so damn good. If you have never had hand-sliced nova, and have existed this long in life with store bought, machine sliced nova, you are missing out. Transparent slices of perfect, oily fish are a thing of beauty. It simply tastes better when the slices are super-thin, imperfect, and break apart when you try to assemble your bagel.

I enjoyed my nova with some whitefish and an everything bagel. The everything bagel (E.T. for those in the know,) is perfect for someone who either can’t decide or wants every type of bagel. E.T. bagels are made with salt, onion, garlic, sesame seeds, poppy seeds, and sometimes (and this is the key to a good everything bagel) caraway seeds. Yep, those fun things in rye bread. Stick those on an E.T. bagel, and you have a winner.

Fortified with carbs, fish, and the comfort of knowing things haven’t changed in at least fifty years, we headed back to start unpacking. While moving, packing, and unpacking and overall unpleasant tasks, I don’t mind the unpacking so much. Once the stuff is unpacked, you’re done and can enjoy the new space. I quickly went to work opening boxes, unwrapping long-lost belongings and helping to purge the unnecessary items.

After a few hours of me saying “I don’t think you need this, can we put it in the give away pile?” and my friend saying “No, that stays, we need to find a home for it,” I called it a day and went to meet some other friends for dinner.

We met at The Smith, a large, loud, restaurant on the East Side. The Smith is something you expect to find in a suburban shopping mall, except it is one of several locations in the middle of Manhattan. It was perfect with a toddler, who thought running around the whole place was lots of fun. (I thought it was fun to watch him, and his horrified parents.)

We enjoyed carafes of wine, burgers, pasta, salads, and potato chips with blue cheese fondue. Trust me on this: if you find yourself in the post-work crowd of The Smith, go with the potato chips. The rest of the food was good, too, and it is a perfect choice for a large crowd or one that includes many picky eaters.

I capped off the night meeting my friend for dinner (for her) and wine (for both of us). We enjoyed a quiet French bistro, good conversation, lovely wine, and what I am told is splendid salmon tartare. I’ll see her again in Key West next weekend, where there will be nothing quiet and lots of wine.

My first day went something like this: walk into a stranger’s apartment, unannounced, eat, unpack, eat more, drink. Care to guess how day 2 went? Read about it later in the week, and meanwhile, feel free to leave a comment about your favorite place in New York, or weigh in on the hand-sliced nova debate. (Just kidding. It isn’t a debate. Hand sliced wins every time.) 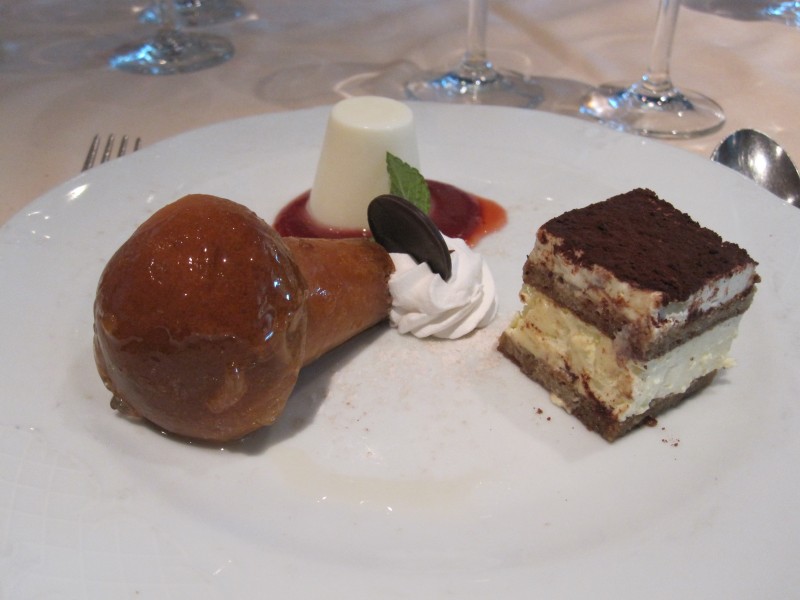 There are a bazillion bars in Key West already, so what is so special about a new one? Well, LIQUID, the pool […]

As I perused the itinerary for our transatlantic cruise (today is, surprise, another sea day), I was delighted to see that we […]

Settling in for a few days of relaxation is pretty easy, especially in beautiful surroundings, with drink service. The Iberostar Grand Hotel […]

One thought on “New York City in the Winter: Brrrr.”