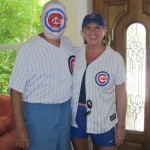 Fantasy Fest is a week-long party. There is a headdress ball, a pet masquerade, toga parties, plaid parties, green parties and more. There is body painting, and even body painting contests. Some of the body paint looks like clothes. Others, not so much. Throughout the week there are many interesting costumes that clearly took a lot of time and effort to put together.

Friday evening of Fantasy Fest is the Masquerade March, also known as the locals parade. Thousands gather at the cemetery and march – half go north and half go south and everyone meets up on Duval for the street fair. I arrived at the march with a group of people dressed as 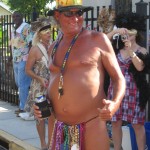 Chicago Cubs fans, embracing the “Habitat for Insanity” theme. Once we arrived at Frances Street, I quickly realized that I had to pee. Fortunately, I met some nice people who live on Frances Street. By “met” I mean I saw some people outside their house and asked if I could use their bathroom. Fortunately they said

yes. We met up with some people from the Key West Food and Wine Festival next. As they were pulling a cart filled with wine, I hung out with them for a while.

There are a whole lot of people that show up nude or nearly nude. If you  are nude, and it makes sense as part of your look, I totally get it. Go for it. If you are nude just because you can’t come up with a costume, I would say you should spend a little more time contemplating what to wear – and wear something. Nobody wants to see saggy boobs, hairy butts or giant bellies. And yet, there were plenty of them all.

I have added some photos of highlights, and low lights. You be the judge. 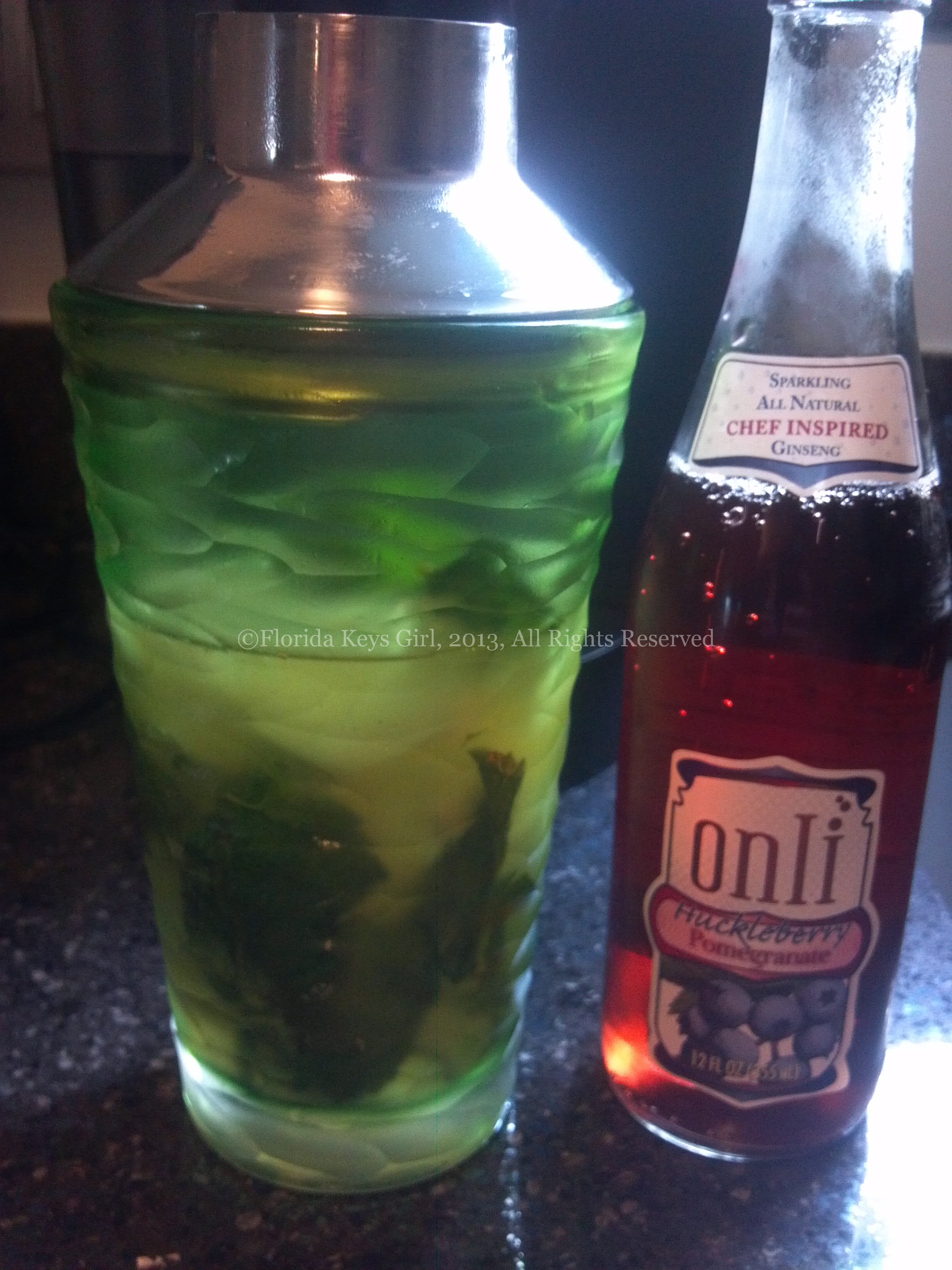 When FKGuy and I left the cold northeast of Manhattan to head south for Florida, the influx of visitors was amazing. We […]

The People’s Theater of Key West is a local community theater group, which includes The Improvables, an improv group. They have performed […]

4 thoughts on “Let the Insanity Begin: The Masquerade March”