Skip to content
If you have been following along, you know that I have just run (run/walk/run) in the Disney Half-Marathon over the weekend, along with 26,999 other people. I have had three months of waking up at 4:15 on Saturday mornings to train, running with the Lululemon Run Club every Tuesday, suckering FKGuy to run with me on Thursdays and complaining the entire time to anyone who would listen, including you, my dear reader. I have spent three months second-guessing myself and trying to remove the word can’t from my vocabulary (as in “I can’t possibly run four blocks, let alone 13.1 miles”). Turns out, I can.I did this event with Team in Training and raised money for the Leukemia and 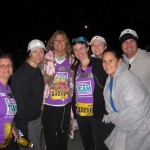 Lymphoma Society along the way. They provided coaching (“hahaha… of course you are ready, stop freaking out, you’ll be fine”) and made sure that I would cross the finish line. Our Key West team had 100% success in crossing the finish line. Of the 27,000 people that did the half-marathon, only 21,953 finished, and I was solidly in the middle of pack at #6,566 out of the 12,403 women that finished. I am just not comparing myself to the men. Someone in FKGuy’s office finished #132 (overall) in under an hour and a half. But he is an actual runner and has been running forever (I’m going to keep telling myself that over and over again).

The race itself was interesting and went like this:

Wake up call at 2:15 AM (although I was wide awake and had already peed 11 times by then).

Get on the bus to go to the place-that-is-3/4-mile-from-the-start-line. Pee again, and I will tell you that port-o-potties are really not bad if you are the first one to use it.

Head over to the start line to get in our corrals, with another stop at a slightly-less-clean port-o-potty.

Cram into Corral E (start time of 5:58AM, which you may note is nearly 5

hours since my wake up). This is the end of the peeing for me. I have got it all out of my system, since clearly it was just nerves and not the two beverages I had pre-race.

Then the announcing starts. Apparently Al Roker and Meredith Viera were there, and possibly running, but I couldn’t see any of that since I was in the 5th wave to start (read: behind 21,600 other people). There were fireworks to get things going and then a small burst of fireworks for the start of each subsequent corral. I ditched the turquoise Montreal sweatshirt that my mother had donated to the cause, as well as my 2 for $1.50 Target gloves and I was off and running.

I had been training for intervals the entire time and I was going to stick with it through the race. One minute run, 50 second walk for 13.1 miles.

To say the course was crowded is a gross understatement. I was passing people on the grass for the entire race. The fact that I passed even one person impressed me to no end. The fact that a passed a slew of people is unbelievable.

Throughout the course there were Team in Training people cheering for me, as well as coaches along the route to make sure we didn’t need anything. I just needed the finish line. I had my Sport Beans (greatest thing ever: jelly beans that you can eat during your run to get electrolytes instead of those gross gels), my camera and my iPod with me in my waist pouch. I did not use the iPod as there was music, characters and other stuff to entertain me along the way. Nor did I use my camera. I would have loved some pictures with characters, but I was not going to wait in a 20 person line to get the shot. I had other things to do, like run 13.1 miles.

The race was fun and I am glad I did it with Team in Training. The race day support was truly unbelievable. Especially the one coach from North Carolina: Hey Stephanie! Do you need anything? Me: No, I’m OK… maybe you can just chat for a moment… tell me something interesting Coach: well, I’m going to Norman’s for dinner tonight and looking forward to that. Hey, he used to be in Key West at Louie’s Backyard, right? Me: Uh-huh, and now he has a restaurant at the Marriott. OK. Off to finish the race. Bye.

I am certain there will be more races in my future (Key West Half marathon on January 23, to name one) and hopefully I can improve both my interval pace and times. For now I am just proud of myself for finishing the race, and doing so with a time of 2:45:17 (that is 2 hours, 45 minutes and 17 seconds). 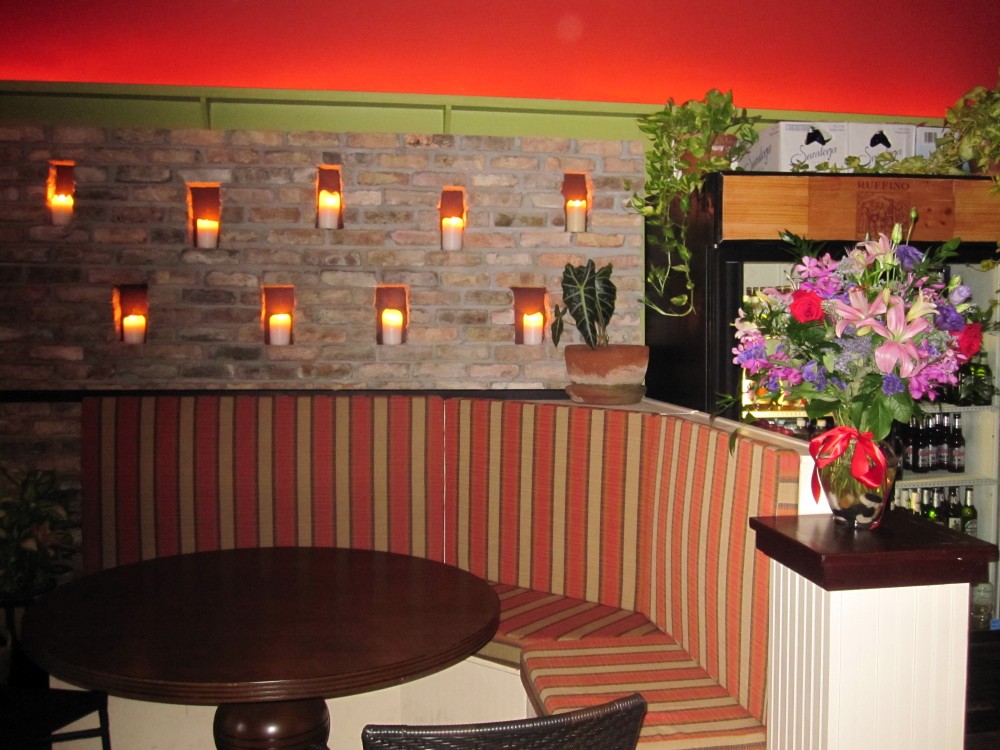 It is possible that I am the only one that remembers the days when FKGuy would cook. (I don’t recall him ever cooking […]

A new year means plans, goals and often, resolutions. I usually don’t make them, but last year I had a few: 1. […]

The tiny, sometimes frenetic, lovely space that formerly housed Seven Fish is now Little Pearl. Although the decor has changed somewhat, and […]

One thought on “Success”