Key West Story is the newest book from author Rick Skwiot, and the latest book I have forced upon my book club. I’m glad I did. The book is a great read. Our main character, Con, finds himself in a bit of a bind and needs to make some interesting choices.

With Key West as the backdrop, a sketchy trip to Cuba with someone that might just be a figment of his imagination, and a few sordid tales along the way, Con’s life is drama filled. As a writer, he is broke. He has been shot at by a sometimes girlfriend. He is deciding if he should marry a sex worker for enough money to pay his debts, and get her a green card. He’s got enough going on to keep a reader engaged.

Skwiot manages to capture some aspects of life in Key West that few think about (unless you live here). Tiny, cramped living spaces are the norm. As are chickens running around, excessive drinking and fishing, having multiple jobs and the Hemingway obsession. Ernest Hemingway reincarnated plays a central role in the adventures of the writer, and writing coach, Con Martens.

The book is a good read if you live in Key West, are visiting Key West or just like reading. Now, I need to go back and read his other books.

Key West Story can be found on Amazon.com.

Every tourist town has one – the ubiquitous “city tour”. In Key West that tour is the Conch Train. Having guests in […]

It is that time of year again: Fantasy Fest is well under way, snowbirds are making their way south for the winter […] 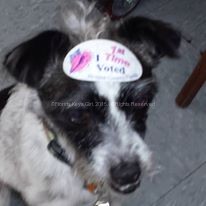 I can’t speak for others, but I can tell you this: I have an election hangover, and I didn’t even have any […] 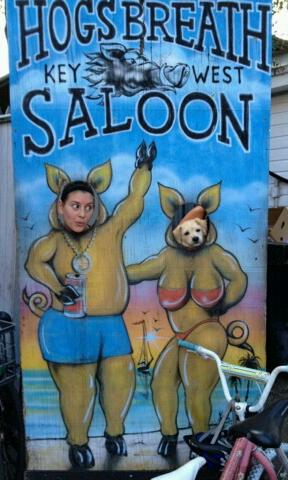 One thought on “Key West Story, by Rick Skwiot”