Did you miss not seeing a post on Monday? Sorry about that. I had some technical difficulties. (Of course, by “technical difficulties” I mean “had a nasty spill all over my laptop and was awaiting a new one. Fortunately had a Square Trade warranty to cover my stupidity.”) At any rate, I am back and happy to be recapping the 4th of July.

I’m not sure what the weather was like near you, but in Key West it was a mess. It was pouring down rain (which, naturally, stopped for about ten minutes after we called for a taxi), it was windy and it was just icky. We went to The Strip House at The Reach Resort for dinner because (a) they have a great view of the fireworks, in theory, and (b) someone else came up with the plan, so I didn’t have to do any planning.

We arrived to find our friends enjoying a martini at the bar and then went outside to a great table with a perfect beach view.  Well, it would have been perfect had it not been pouring. The fireworks were supposed to start at 9:00 PM, but I was convinced they were not going to happen. Every time a jolt of lightning happened, everyone would turn around and look for fireworks. I must have said “Nope. It is still just lightning” about twenty times that night.

Alas, I was wrong. Somewhere around 9:15 the fireworks began. It was quite a show. The spectacle seemed to be a little bit lower in the sky than normal this year, presumably because everything was drenched, and it was quite windy. Because they were a bit lower, the fireworks were largely obscured by a poorly placed palm tree. Immediately after the show, huge gusts of wind and rain came down and we moved inside to the bar for dessert.  We were mostly finished with dinner by that point, but I did insist on taking the side order of green beans with me. They were garlicky, crisp and delicious, and I sometimes don’t eat enough vegetables (in favor of things like chocolate cake). Whatever. Don’t judge me.

You must know by now that I spend an inordinate amount of time on wine. Buying wine, drinking wine, finding the best […] 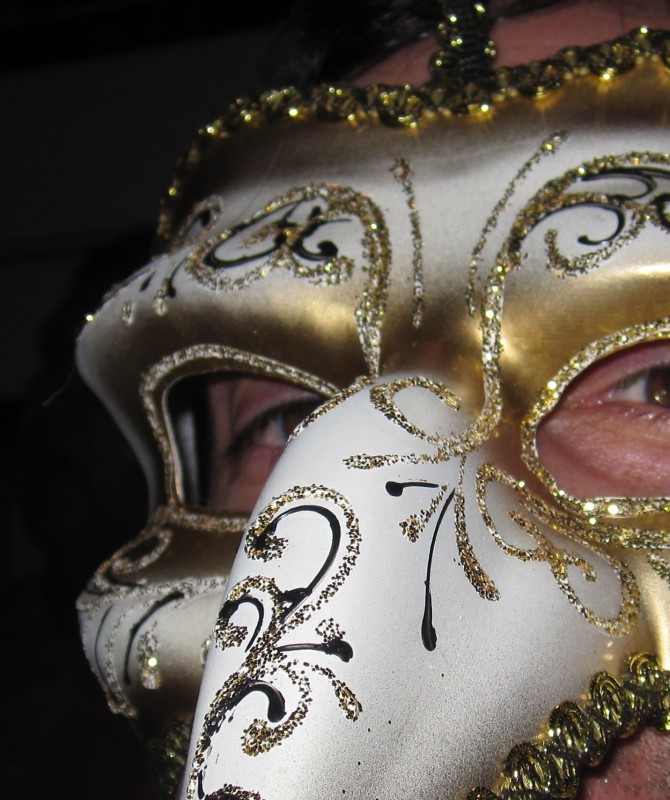 Originally created as a way to stimulate the local economy during the off-season, Fantasy Fest has become world famous for the […]

I have a big mouth. I know this. I often say something, and then think nothing more of it until I am […]