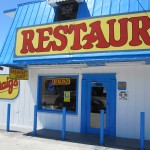 “World Famous Super Fish Sandwich”. Sounds pretty good, no? After continuously driving by a billboard making this claim, and commenting on it several times, I decided to give it a try. If it is world famous, it must be so for a reason. I stopped into Craig’s Restaurant at Mile Marker 90 for lunch, by myself. I immediately notice that the place looks like a diner. Still, lured by the fish sandwich, I seat myself in a floral vinyl booth.

The menu is not only huge, but plagued by rules: “Take out orders $.50 extra” “10% gratuity on take out orders over $20”, and the list goes on. Standard diner fare is on the menu. Appetizers of jalapeno poppers and conch fritters, an array of soups, salads, sandwiches and entrees. They do have plenty of fish entrees as well as steaks and whatnot. None of these choices, however, could deter me from my prize – the world famous fish sandwich. The sandwich is served fried (you can get it blackened or grilled for $1 extra – are you seeing the trend of rules here?) with either dolphin or catfish, topped with tomato, American cheese and tartar sauce. Catfish in the Florida Keys? Really? We are not in Louisiana. Serve something local. You could also get either grouper of yellowtailfor a $5 upcharge. The super world famous sandwich comes with a side, which I chose fries. They were obviously frozen and not very good. I ate three, and I assure you it was not because of my impressive willpower.  Alas, the sandwich. I am ready, napkin in lap and another at the ready.

It was good, not great. Not nearly as impressive as the fish sandwiches at The Fish House in Key Largo, Hogfish Bar and Grill on Stock Island or B.O.’s Fish Wagon in Key West. Not by a mile. Although, I will say the French Toast at the next table looked reasonably good.

Next time you drive by the big blue billboard, save yourself the trouble and keep driving. 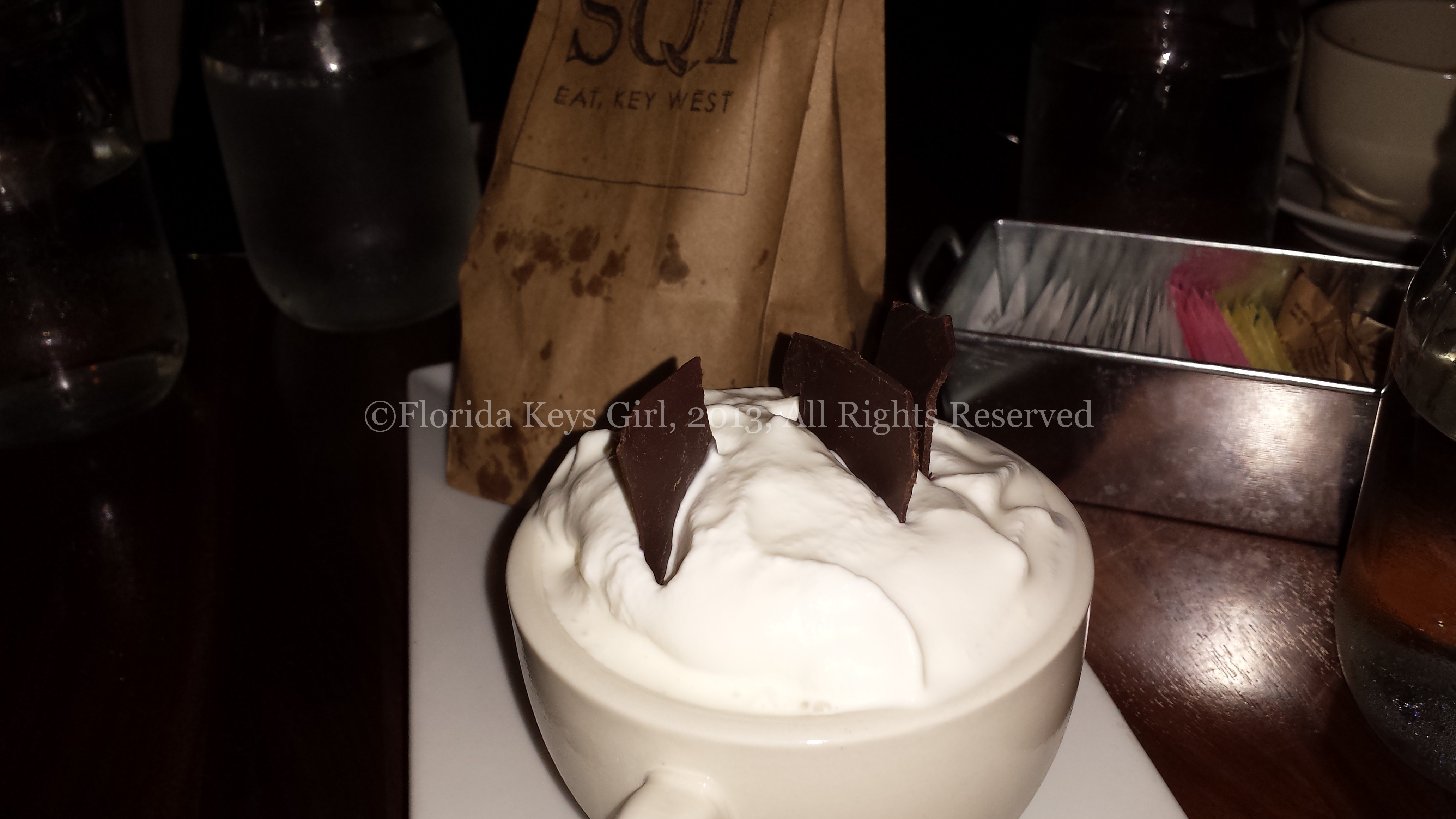 When my friend Donna suggested Square One for dinner the other night, I was a little hesitant. Naturally I said yes, because […] 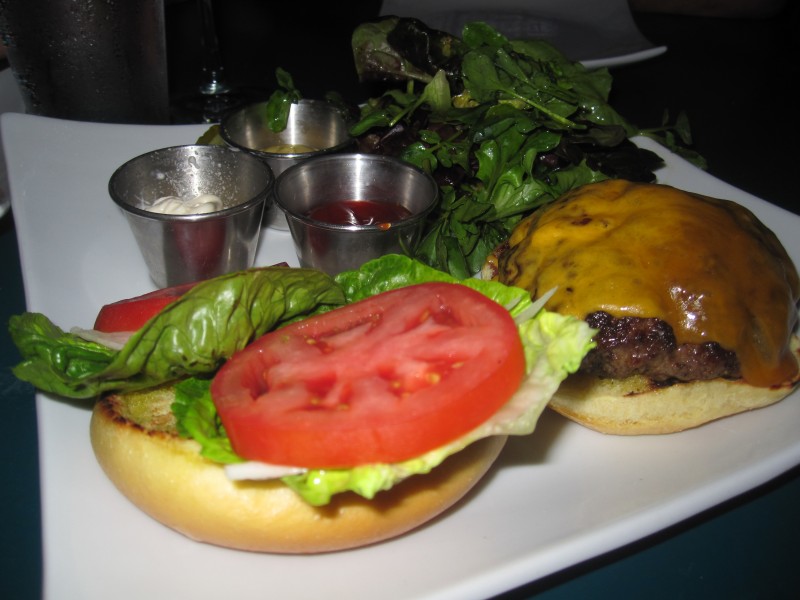 I have reviewed 2¢ moments after they opened, when we just had snacks, and again when we had brunch there. FKGuy was […] 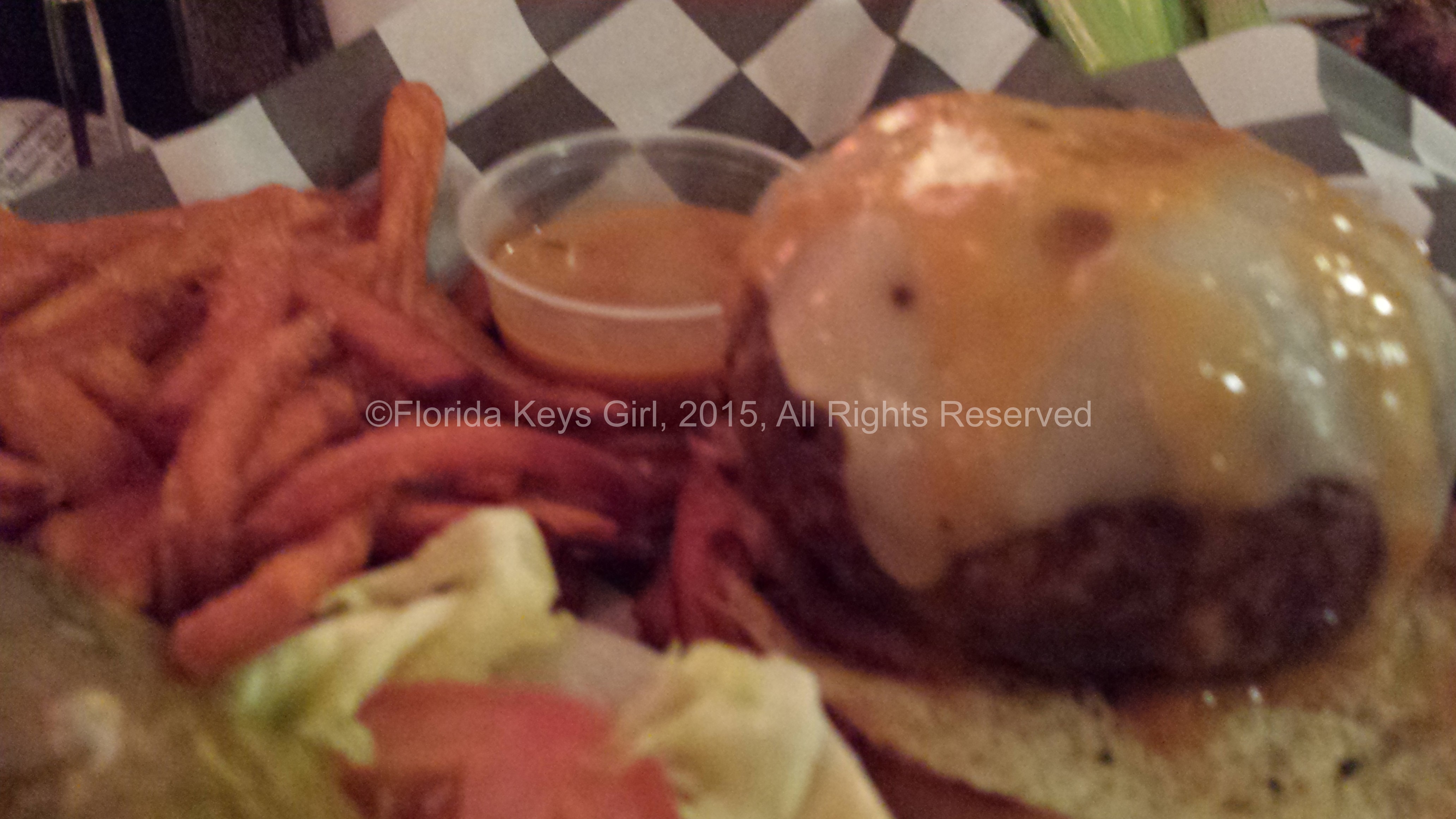 When friends talk about a place with great burgers, I pay attention. In this case, friends had been talking about Gilbert’s for […] 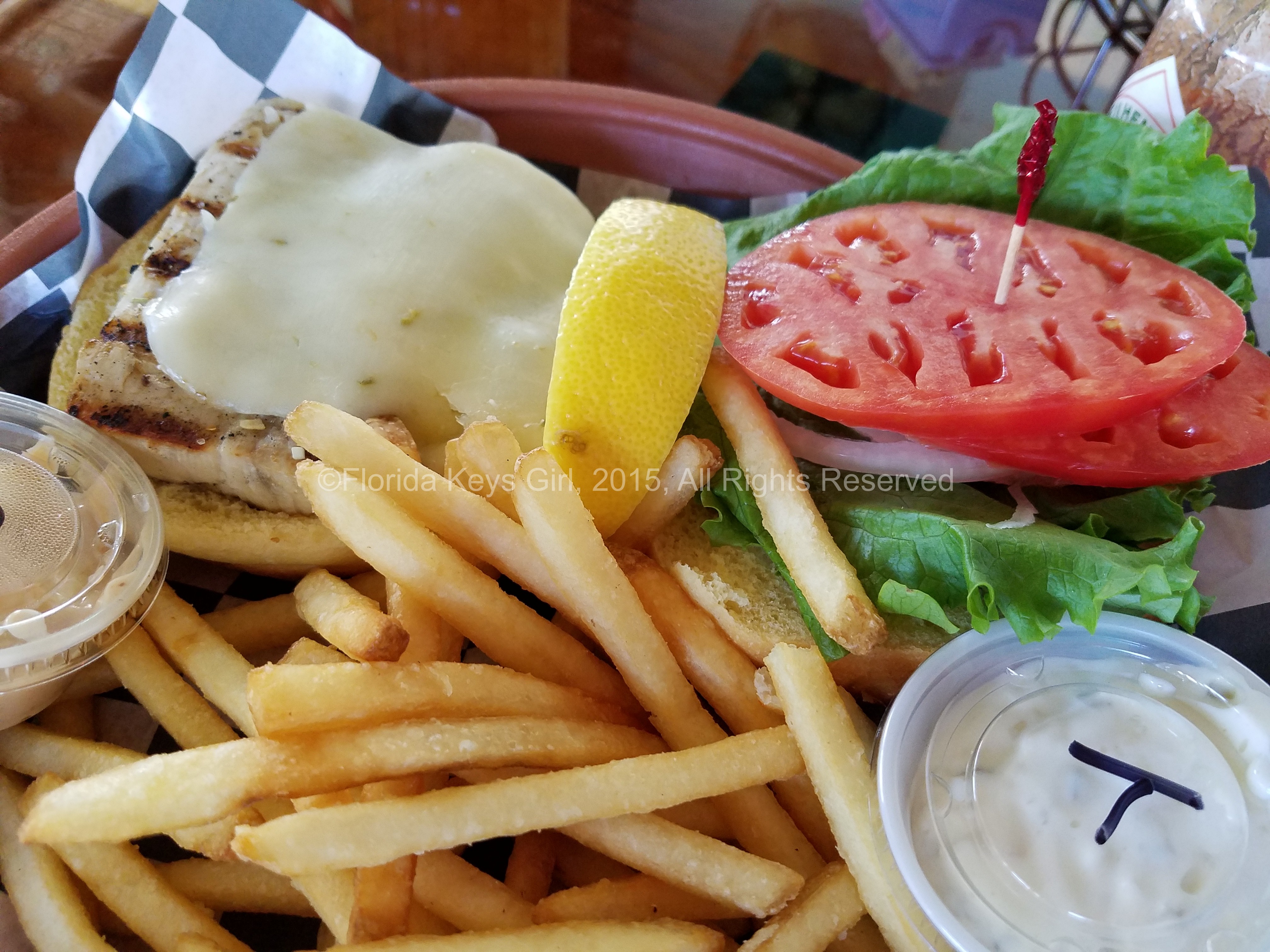 Driving down the Overseas Highway, we usually only stop for gas, coffee, or a (human or canine) bathroom break. Whether I am […]

One thought on “Hyperbole”