I have walked by New York Pasta Garden a bunch of times. It is next to Origami in Duval Square, between Simonton and Duval Streets, yet somehow I had not eaten there. They are on the Woman’s Club Card, so since we had a buy-one-get-one-free, I thought we’d give it a shot. Plus, sometimes you just need a big plate of pasta. (OK, I need that all the time!)

The first time we tried to go there was a line at least twenty people long, and instead went home and ordered pizza from Vito’s. That certainly won’t be happening again. A week later we were on the later side – almost 9PM – and thought we’d give it an0ther shot. This time it was not so crowded and we were seated across from very nice visitors from Maryland’s Eastern Shore.

Our waiter came over with some water for Babka and asked if he could bring her some pepperoni. I am sure there are reasons why I 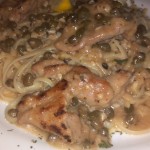 should have said no, but I didn’t. I thanked him and Babka had another favorite restaurant to add to the ever-growing list.

I am generally not a fan of  humongous portions. I despise the Cheesecake Factory. I feel overwhelmed when served a giant platter of food that should feed two. So, naturally, I was a little hesitant once I saw the gargantuan plates in front of other diners. I feel like they must be overcompensating for something. Quality, maybe? Not here. The tortellini al forno, cheese filled and baked with red sauce and loads of  vegetables was quite delicious. The tortellini were plump and flavorful and, yes, the portion was so big we both ate plenty of it and I still had lunch the next day. Oh, and it was only $14.95.

The house salads come with the very retro red wine vinegar salad dressing, which I love. The veal picatta is in a butter, lemony sauce and served over a mound of spaghetti. While not the best version of this dish, it was certainly good, and also a bargain at $19.95.

The steak and chicken platter, ordered by one of the Maryland people, was so big he shared with Babka. So, she not only enjoyed pepperoni, but also had a piece of steak and chicken. Needless to say, she was quite content. She spent much of the evening eyeing the entire group next to us, wondering if they were all as generous as steak-and-chicken man. Fortunately for Babka’s digestive system, they were not.

Overall, it was an enjoyable evening with humongous portions of good food. Would I go back? Sure. It is the kind of place you have to be in the mood for, but the menu is large and there are plenty of options.

New York Pasta Garden is located at 1075 Duval Street, and if you are coming via car, they have parking.

You may have read here that finding breakfast with little wait can be problematic in the middle of the season. It’s true. […] 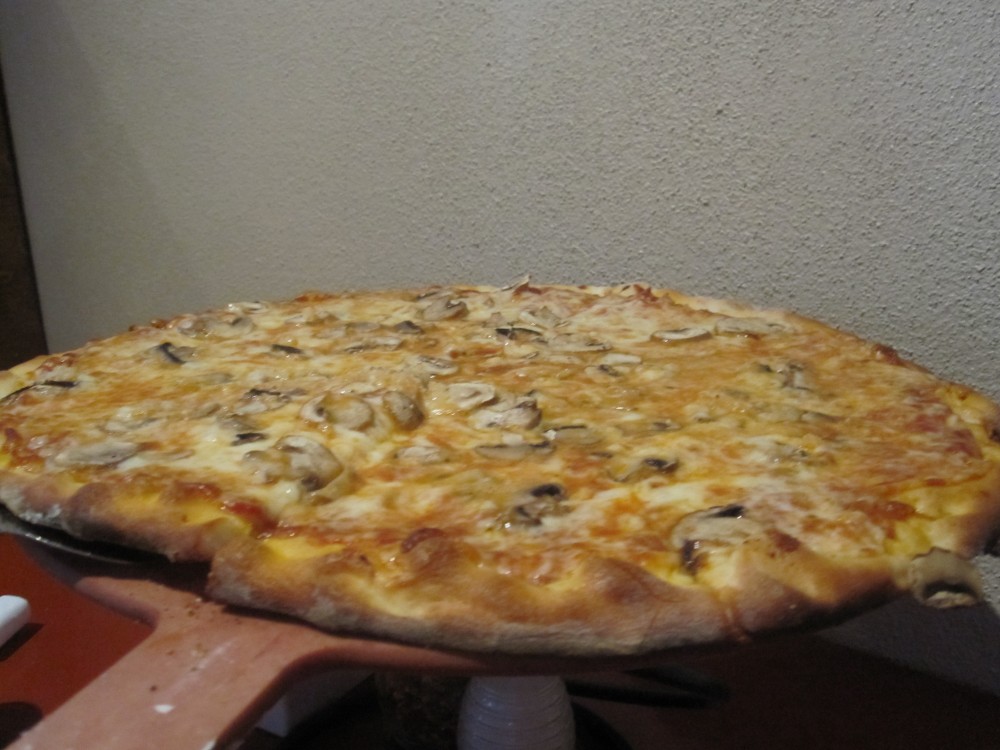 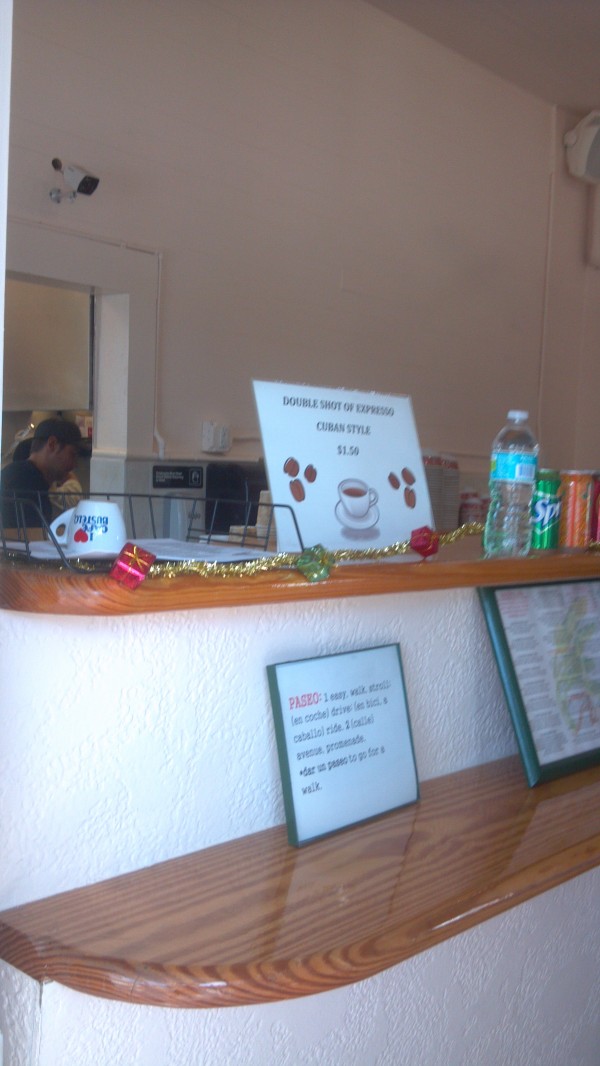 On the corner of Eaton Street and Grinnell, in the former home of Paradise Cafe, sits the new Paseo. You won’t find […] 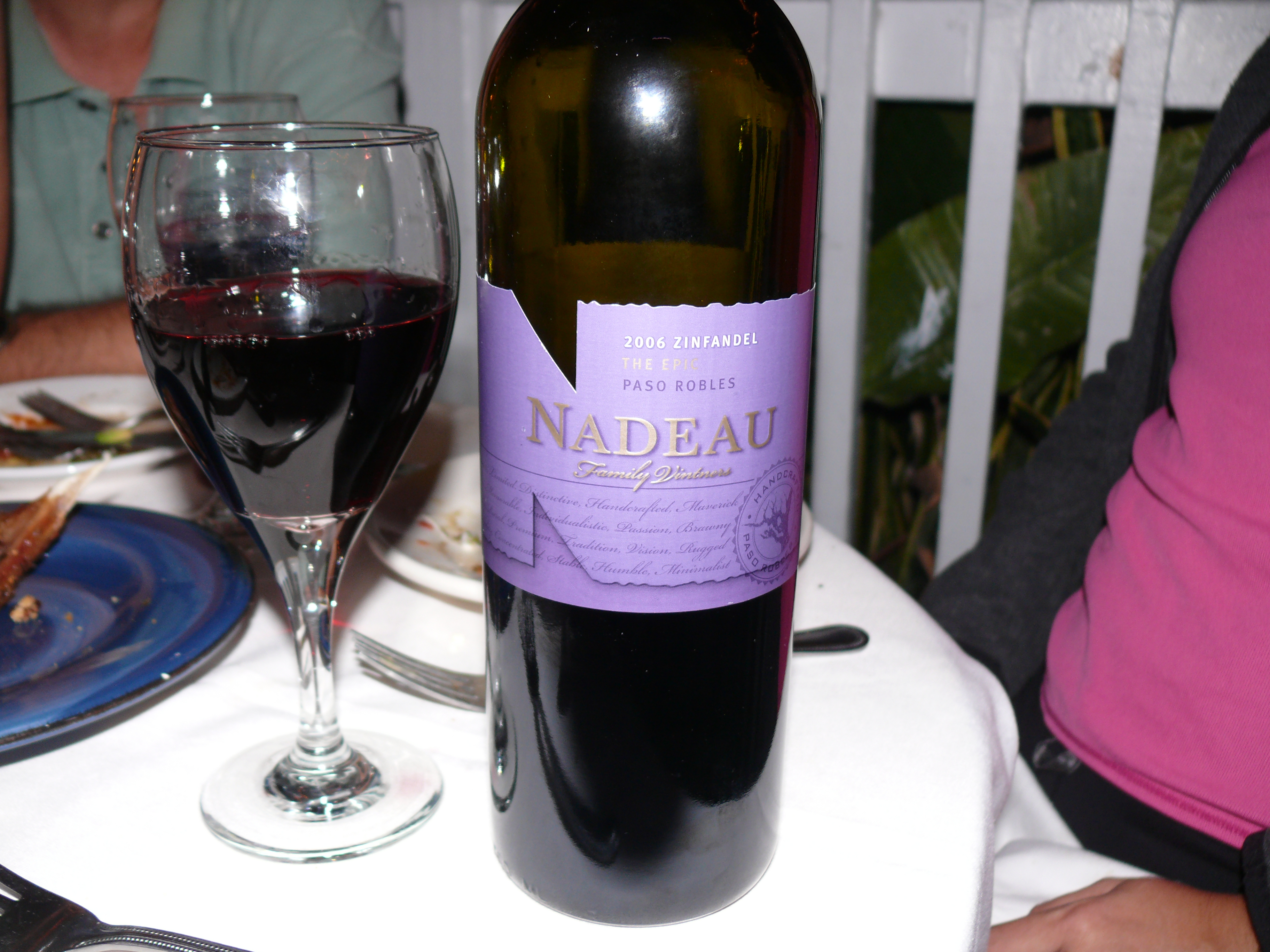