Fin is the second restaurant opened in Key West by the team behind Blackfin Bistro on Duval Street. Fin’s menu is made up entirely of small “tasting” plates, yet the menu is broken up into Beginning, Middle an Fin, as if there were appetizers and entrees. Every morsel of food we had was spectacularly good. Sadly, there was a mere morsel on each plate. There were four of us dining at Fin, and we ordered a sampling from the menu (you can actually order the entire menu

for $275, best shared with 4-7 people). They start by bringing us spiced popcorn, in lieu of bread. It was a fun start.  We moved on to the first course: The Costa Rican Peach Palm. Each heart of palm (we were given a shpiel about sustainability and no palm trees actually dying for our meal) was stuffed with either a sweet potato salad or a cilantro almond pesto. It was divine. Even Florida Keys Guy, normally not a fan of the heart of palm, loved it.  We had the pepper crusted seared tuna with smoked corn and a passion fruit bbq sauce. It was expertly prepared and beautifully presented.  Our friends enjoyed the Kobe meatballs with porcini lobster sauce. These plates were tiny, and really should not be shared, and certainly not by more than two people. There is simply not a lot of food on the plate.

We moved on to the “middle” of the menu. The “cheese course” is a Roaring 40s blue cheese panna cotta with apricots, almonds and honey. The “almonds” on the plate were made into a powder, which was interesting. I wouldn’t necessarily call it good or bad, but interesting nonetheless. The panna cotta was amazing, I am just not sure I want to eat the powdery stuff on the side again any time soon. We had two of the flatbreads: one with mushrooms, marscapone and basil and the other with artichoke, almonds, Manchego and shaved black truffles. When I read this on the menu, I read “blah, blah TRUFFLES”. It did not disappoint. The flatbread was loaded with shaved truffles. It was delicious. The interesting thing here is that these three plates were actually reasonable sized appetizer portions. Sadly, they were the only ones of the evening.

We moved on to the “Fin” portion of the menu – these are things normally thought of as “entrees”, yet were also two-bite tasting portions. Our group had the yellotail snapper over Cuban style (yet vegetarian) black beans with garlic and a sour orange mojo. The mojo was an oh-so-trendy-yet-really-tasty foam. The fish, although a tiny portion, was divine. The spiced Caribbean veggies were delicious on their own, not an afterthought like so many places lone vegetarian choice. The roasted grouper came with a corn and jalepeno croquette and a sweet bell pepper sauce. Divine! The NY strip came with “pre-historic salt”… something about 1,000 year old salt.

Overall, the food was amazing and the service was excellent. The sour cream ice cream (all two spoonfuls of it) was one of the best things I have eaten recently.  But, the plates are small (really, really small)  and the bill has a way of creeping up and becoming quite expensive. It was a bit fussy for my taste, and the whole olive oil turned into a powder really threw me (largely because it didn’t taste particularity good). Would I go back? Absolutely. But, it will not be an every week jaunt.

When friends asked if we wanted to join them for brunch at Little Palm Island, two thoughts popped into my head. The […] 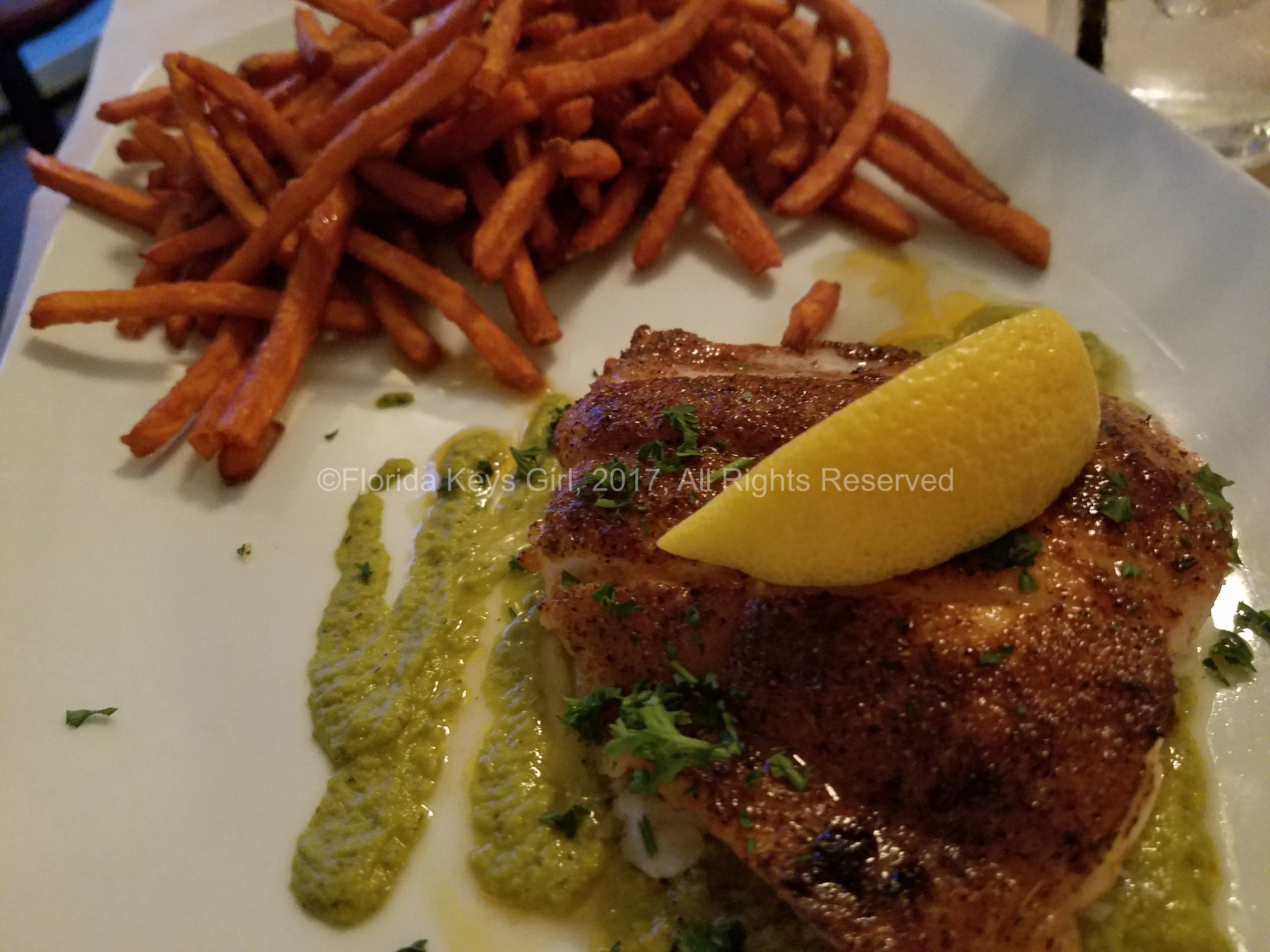 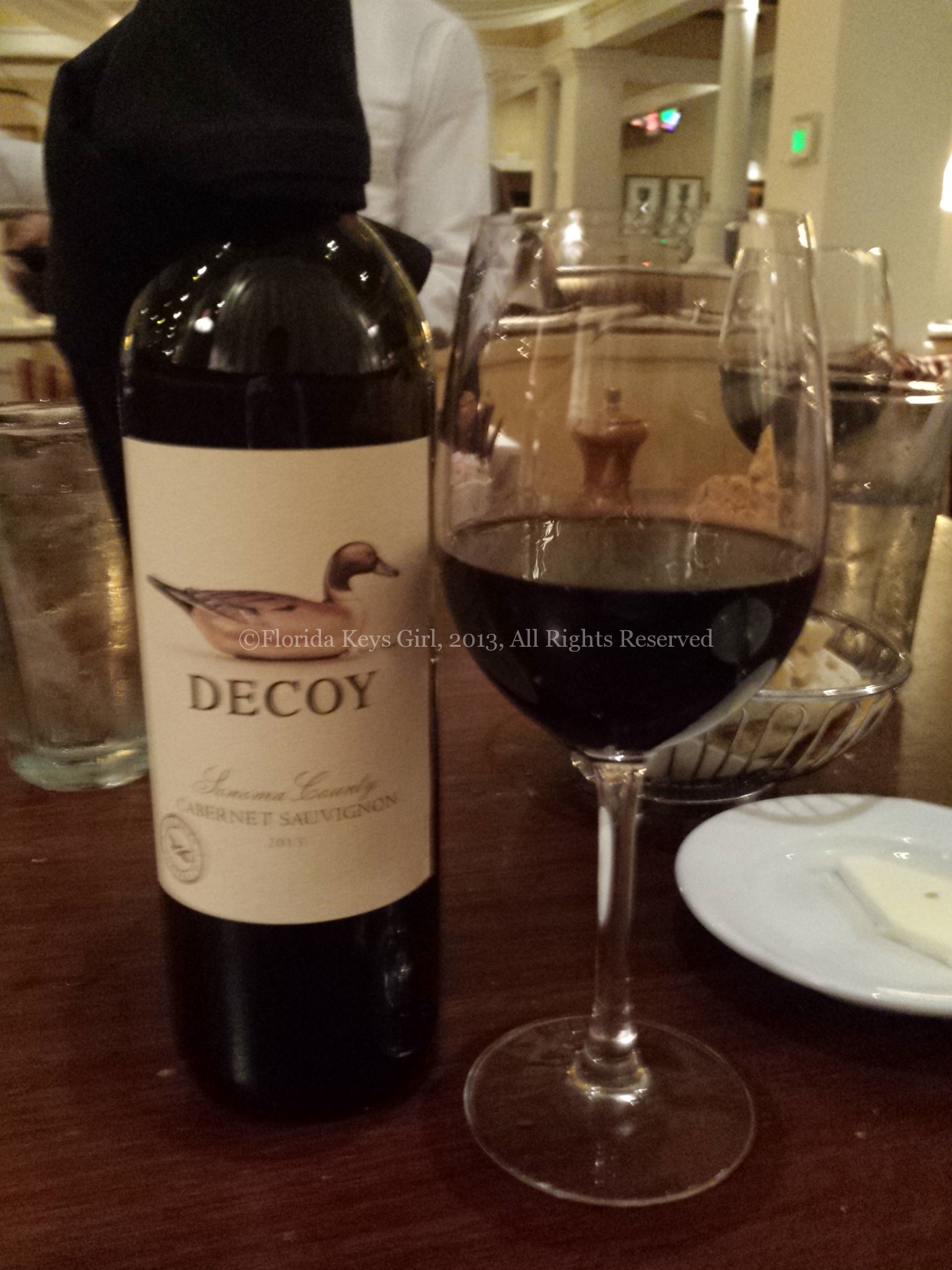 I hadn’t been to Gulfstream in a while, and now I’ve been twice in two weeks. We were invited to try out […]

One thought on “Restaurant Review: Fin”