It is possible that I am the only one that remembers the days when FKGuy would cook. (I don’t recall him ever cooking for anyone else.) When he was in law school and had free time on his hands he did cook a bit. Now, not so much. Yesterday, my husband started cooking again. 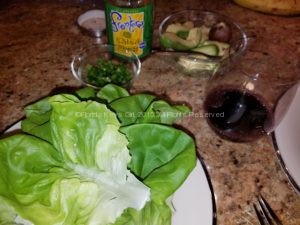 It was a carb-heavy time in our lives, filled with rice and beans, and pasta cooked in red wine. Now we have fallen into a comfortable cooking routine, where one of us cooks (me), and the other of us picks the wine (him). Recently, we had friends over for dinner, and I was, as usual, running late. I asked FKGuy to make the salad dressing. Terrified that he would screw up, he promised to make it only if I supervise and give very specific instructions. I tutored him in the inexact science of an emulsified mustard vinaigrette, and he became the defacto salad-dressing-maker of our household.

(In case you want to try FKGuy’s famous salad dressing, you can: three squeezes of dijon mustard into a jar with a lid, add almost as much red wine vinegar, a little salt and pepper and twice as much olive oil as vinegar. Shake the hell out of it. Or, whisk it if you feel fancy. That is it. Done.)

He was ready to expand his culinary horizons beyond the squeeze-and-shake salad dressing and announced that he would be making dinner. It piqued my interest. “What are you making?” I asked, ever so casually, but dying of curiosity. “Well, I have a limited repertoire, and haven’t cooked since we left New York, so I’m going with chicken fajita lettuce wraps.” He continued, “In the olden days, I would have just made fajitas, but you know, carbs…”

He came home from work, having already shopped and picked up the dogs from our dog sitter, and started dinner. FKGUy was chopping, slicing and seasoning, and every once in a while I would stroll by the kitchen prep area to see what was going on. “Get out!” Um, ok, if you insist.

Meanwhile, I was on the phone with a friend, who demanded the recipe. Here is what I gleaned from my strolls past the mad genius:

(*Note: I would normally use soy sauce or fish sauce to saute the vegetables, but alas, as FKGuy knows I try to avoid soy, and he had no idea we had fish sauce in the house.)

Season chicken and brown in a pan for 2 minutes per side. Once brown, finish cooking in a 400-degreee oven for about 10 minutes, until cooked through. Meanwhile, saute vegetables with garlic and seasoning until cooked through. FKguy prefers to serve it all in one dish for easy wrap-making.

The meal turned out delicious. One day he will branch out to another protein, and I will be there to support him while relaxing on the couch, a glass of wine in hand. Until then, I remain optimistic that there will be more delicious chicken fajita wraps in my life. (Next time I’ll go to the grocery store for him.) 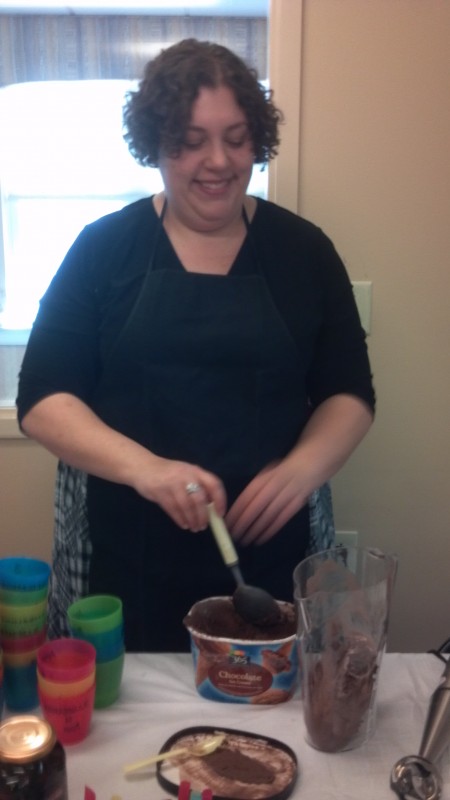 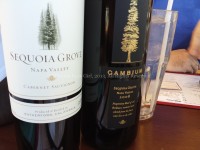 Last week I had the opportunity to enjoy lunch with one of California’s most well regarded winemakers. Mike Trujillo is the president […]

This is the time of year where we tend to chop down a whole bunch of trees and decorate them. I have […]

One thought on “My Husband Started Cooking Again”