It is no secret that my favorite Fantasy Fest event is the Masquerade March, and this year proved no different. The theme of Superheroes, Villains and Beyond brought out the wacky, the tacky and of course, the naked. Some people will take any excuse to remove their clothes and prance around the streets.

I had a difficult time coming up with costumes, but in the end we dressed as a bottle of champagne (me) and a tin of caviar (FKGuy). More than one

person noted on Facebook that he was missing a mother of pearl spoon, so that made it onto the outfit for Saturday night.

The March is loads of fun and we saw numerous friends along the way. Some of them were even wearing clothes. We ended the march by having dinner with friends at Rooftop Cafe, followed by wine with other friends at Grand Vin. Did we need the extra bottle at Grand Vin? Nope. Was it fun? You bet.

When the Saturday night main parade happens, and tens of thousands of people cram onto the streets to watch, typically I stay home. This year we went to a party on the second floor overlooking the parade route. (It had my three top musts: climate control, bathrooms and food/drink.) Babka even got to see her first Fantasy Fest parade. (She doesn’t get what all the fuss is about.)

It was a great weekend, with great friends and humorous costumes. Enjoy the photos. 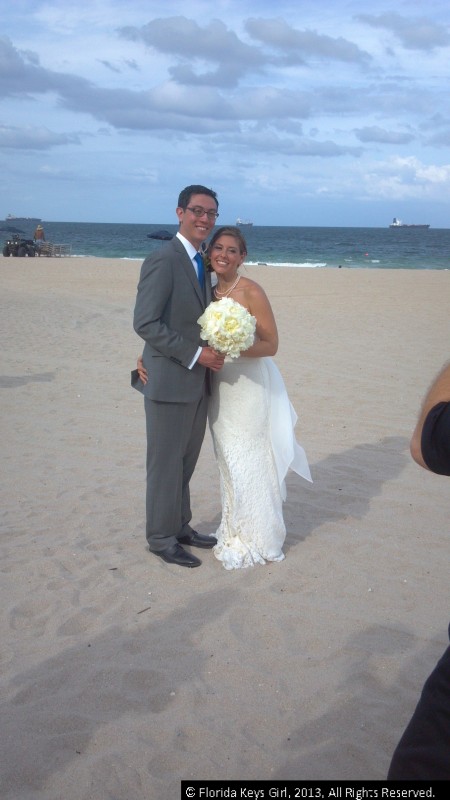 This weekend we celebrated the wedding of my cousin, and as the big day approached, I got to thinking: what is it […]

After a couple of overly-stressful weeks, we are finally back in Key West this weekend, and not a minute too soon. It […]

There is a whole lot of construction right now on North Roosevelt Boulevard, the main road into and out of the city, […]