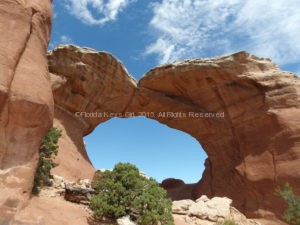 I will take any excuse to see my friends. I’ll also take any excuse to turn attending a wedding or bar mitzvah into a vacation. That is how we ended up in Moab, Utah, at Arches National Park (and Canyonlands, but that is another post.) Our usual Park City visits happen with several feet of snow on the ground. Alas, our friends’ child’s bar mitzvah was upon us, and I took this warm weather opportunity to see new (to me) parts of the state.

We flew into Salt Lake City, via Atlanta, picked up a (crappy) rental car and headed south, stopping at Wal-Mart for snacks, water, and a cheap cooler. Next stop was a liquor store for a bottle of champagne, then dinner in Provo at The Black Sheep Cafe, followed by a quick sleep at the Holiday Inn Express Provo. This lead to an endless supply of Fletch quotes. (“Ah… Provo, Spain?“)

Sunrise had barely shown its face, and we were on the road, driving southeast towards Moab. By 10:30 AM we were in Arches National Park, heading towards Devil’s Garden, the trailhead farthest from the entrance. Eight miles seemed like a nice length for a hike, until I encountered the rock climbing, entirely uphill portion of the trek. I don’t climb rocks. I am happy to endure elevation change, switchbacks, and changes in terrain. But rocks? I don’t climb rocks.

There we were, a few miles in, heading uphill. The next step was the top of a giant rock. It was at this point that as I saw another couple ahead of us – he was forging ahead to the top, while she was taking baby steps, and none too happy about the whole thing. I saw my out. I suggested to them that we snap a photo of them. We could then swap places (while clinging to the side of a large, slippery boulder) and they could get a picture for us. Then we could each go on our merry way. 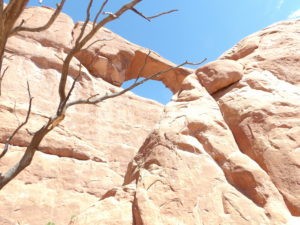 For me, that meant back down the way we came, as there was not a chance in hell I was climbing to the top, and then over the rock to the other side. No, thank you. For them? Well, they could do as they please, but she seemed quite happy that other people wimped out, too. They were just a few steps ahead of us on the downward climb.

Sweaty, and slightly cranky, we headed back to the car for a snack. It was almost time to meet up with our friends, and that could not come a moment too soon. But, not before some more hiking. We headed to Broken Arch, which comes at the end of a beautiful, gentle, and most importantly, flat trail. Then it was on to the Sand Dune Arch. I was filthy, sweaty and tired, and the idea of trudging through ankle deep sand for half a mile was not appealing. I decided to sit this one out and let FKGuy go on his merry way.

I was enjoying s seat on a rock, next to another guy who had also had enough, when his wife came back because she forgot her camera. She came all the way back to get the camera and then headed back out the sandy trail. If she did it twice, it was probably worthwhile. I got off my lazy ass and trudged through the sand towards the arch.

Much like everything else in the park, it is all worthwhile. Yes, you have to suffer a bit to see some of the arches up close, but it is worthwhile. Just remember to bring a lot of water. FKGuy and I each went through about 3 liters that day.

Finally, around 2:30 PM, we did meet up with our friends to see the Delicate Arch. By this point, there was no chance of me doing another 4-mile, strenuous hike, so we simply went to the viewpoint and called it a day. This short hike was incredibly worthwhile. Next time I will do the hike, as long as it is early in the day.

There will most certainly be a next time.

Arches National Park is just 5 miles from Moab, Utah, making it super convenient to experience all the great things the park has to offer, and still stay in a hotel and enjoy lovely restaurants in the evening. More on those next time.

There are so many great things about life in Key West. I will come up with an entire list soon, but in […]

Rewind 365 days. Florida Keys Guy and I, along with another couple drove up to Tampa to see Jimmy Buffet in concert. […] 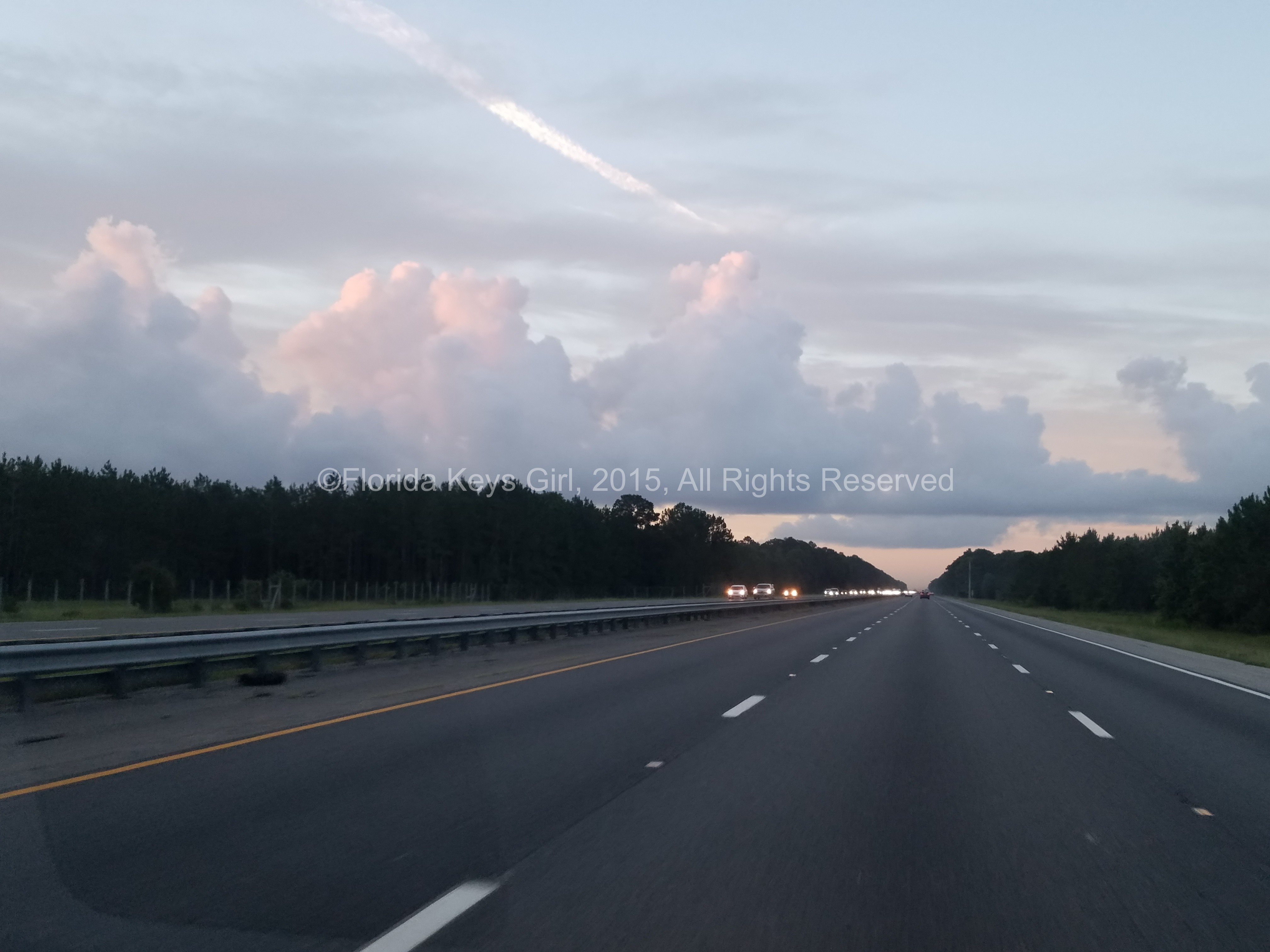 Key West is a transient town, with people coming and going all the time. So, it is inevitable that some of our […]

This Sunday night begins Rosh Hashana, the Jewish New Year. We welcome the year 5777 with gefilte fish and brisket. In honor of […]