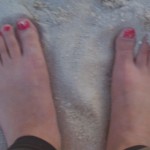 This weekend marks the second annual Key West Food and Wine Festival. It is a weekend of festivities and fun and draws a crowd from all over. We kicked off the weekend at the Barefoot Beach Party, followed by the Petronia neighborhood stroll. The weather was a perfect 65 degrees and sunny as we arrived at the Southernmost Beach Cafe for the beach party. Buffet tables drew both the people that nibbled on one slice of cheese (me) and the people that were eating a bit more heartily (the dude I saw stuff three pork sandwiches in his mouth in rapid succession). There were platters of cheeses, 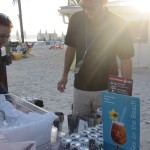 fruits and meats as well as a paella station.  Scattered throughout the area were the wine tables pouring a nice variety.

By 7:00 we boarded trolleys to take us to the neighborhood strolls. I was headed to Petronia Street for the start at Santiago’s Bodega. We were given wine glasses (filled) and told that we could go to the five stops in any order we chose, so perhaps we would like to come back as they were quite crowded? We did not make it back, instead headed over to Columbia Grace. I normally love this restaurant, but this was not her best showing. It was disorganized and the usually friendly vibe was nowhere to be seen. 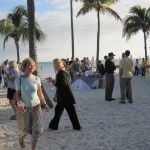 Next we headed to La Creperie, where Yolande and Syvlie were quickly turning out delicious (as always) crepes filled with cheeses.  It was a very popular stop, as the bar was crowded with happy people. They had moved out the tables and brought in live music to add to the festivities. From there we headed to Blue Heaven, where owner Richard (my jury duty buddy… by “buddy” I mean “sat in front of me having the flu”) was manning the food table (pork tenderloin) and catering to the enthusiastic crowd.

The final stop was Better Than Sex, a dessert restaurant. Again, they were well prepared with a table outside serving overly indulgent chocolate cake. They were even gracious about my clumsy wine spilling moment.

Overall the party and stroll were a lot of fun. I am looking forward to the rest of the weekend events. Stay tuned for a full recap next week. 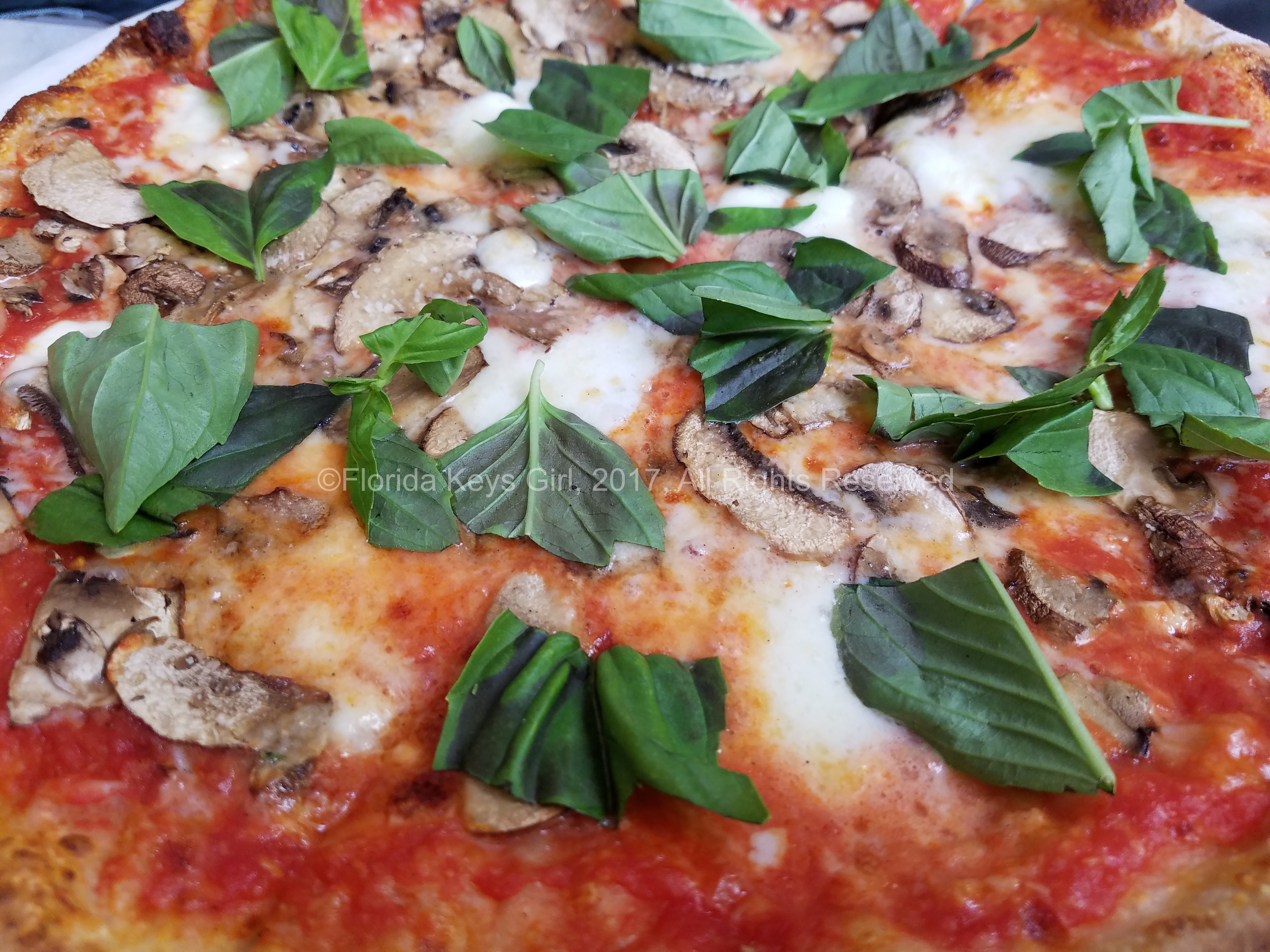 Mother’s Day Brunch takes brunching to a whole new level. There are annoying people to contend with, family drama, and hard-to-get reservations. […]

I live in an environment where fishing tournaments happen all the time, yet I seem to have known nothing about them, until recently. […] 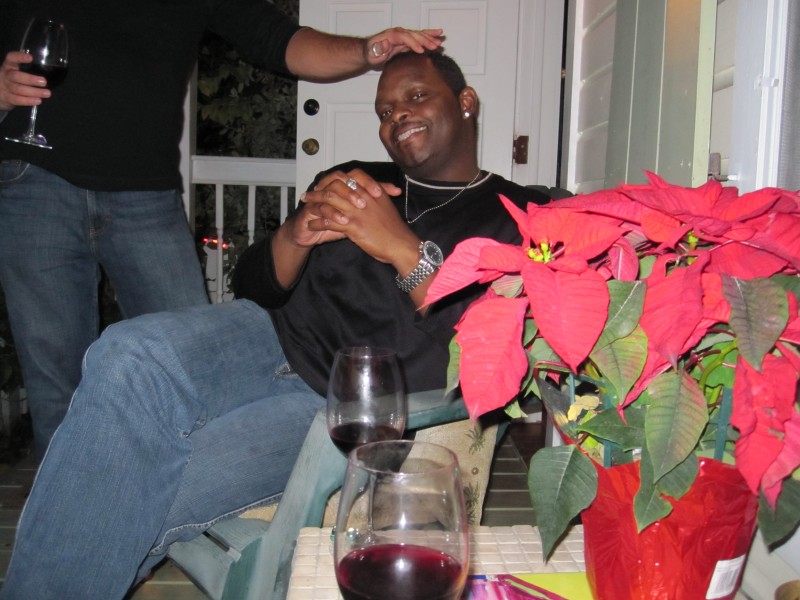 2 thoughts on “Food Wine and Fun”