Last night we had dinner at our house, which is not too unusual. Several wine geek friends came over, along with a new friend in from Saginaw, Michigan (and yes, I did have Simon and Garfunkel’s “America” in my head for a week… “It took me four days to hitchhike from Saginaw, I’ve come to look for America…“) I know you now have that song stuck in your head, too. You are welcome.

But in addition to having one line from a song running through my head, I also managed to make a tasty meal. We started with two

appetizers, both of which I make a version of all the time: seared tuna atop cucumber rounds with chili honey glaze and a flatbread topped with pears, manchego and arugula. (Cheater alert: the flatbread is actually a Pillsbury thin crust pizza crust. It comes in one of those fun, pop-apart cans from the grocery store and it tastes good.) We started with a Nicolas Feuillate  non vintage champagne and moved on to a Godello, a white wine from Galicia, Spain and a Riesling from Michigan, (“I’ve come to look for America…“) and learned that there is actually decent wine from the state. I’m not sure if we had the only decent one, but it was good, and the nose was excellent.

We had salads with roasted asparagus, blue cheese and hard boiled egg, with aged balsamic and olive oil. The main meal was oven roasted yellowtail snapper, topped with caramelized onions and a red wine reduction, served with a sformato, a parmesan custard, topped with sauteed mushrooms, grilled bread and roasted broccoli. Since we had the sformato at Osteria Morini in New York, I have made it about half a dozen times. Why? Well, not only is it delicious – how many times have you had heavy cream, eggs and cheese and had it taste bad? – but it is super easy to make and takes about 5 minutes of prep time. Oh, and everyone who tastes it, loves it. It is one of those dishes.

You know that we did not stop with the two white wines, so the red wine lineup looked like this: 1997 Pio Cesare Barolo (which was corked, and nearly brought FKGuy to tears), 2001 Fuglini Brunello di Montalcino, 2004 Domaine du Pegau Chateauneuf Du Pape, 2005 Domaine de la Vieille Juliette Chateauneuf Du Pape, 2004 Kosta Browne Amber Ridge Pinot Noir and a 2001 Casa Lapostalle Clos Apalta. Just for good measure, since our new friend (“Toss me a cigarette, I think there’s one in my raincoat, We smoked the last one an hour ago…”) had never had a Stefania wine, we opened up a 2008 Stefania Syrah, Eaglepoint Ranch.

For dessert we had the ever popular triple chocolate tart topped with Godiva liqueur whipped cream, which paired surprisingly well with the last of the Clos Apalta.

Overall, an outstanding evening with good food and good company. I am looking forward to the next one. I am also looking forward to getting America out of my head. I just can’t hit the high notes like Art can. (“Counting the cars on the New Jersey turnpike, they’ve all come to look for America…“) 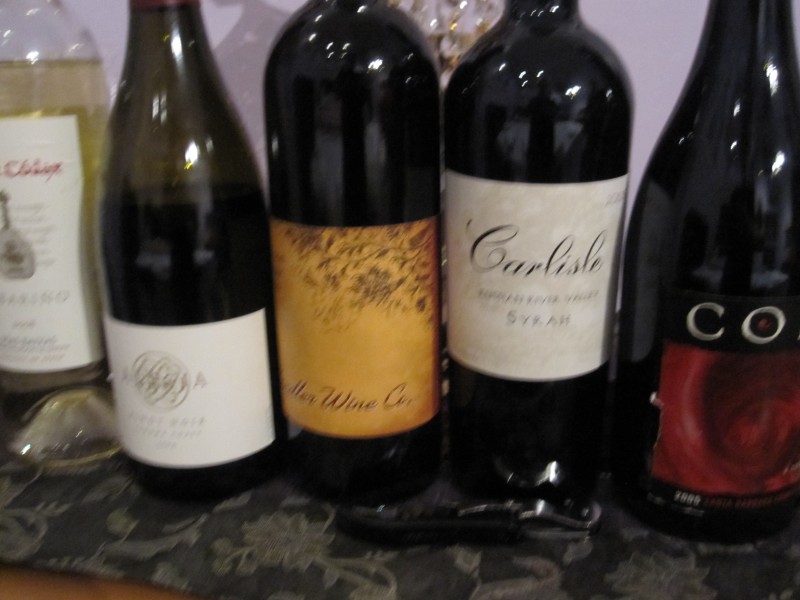 Last night my family gathered at my house, sixteen people total, for the big meal. Two days in the kitchen plus endless […] 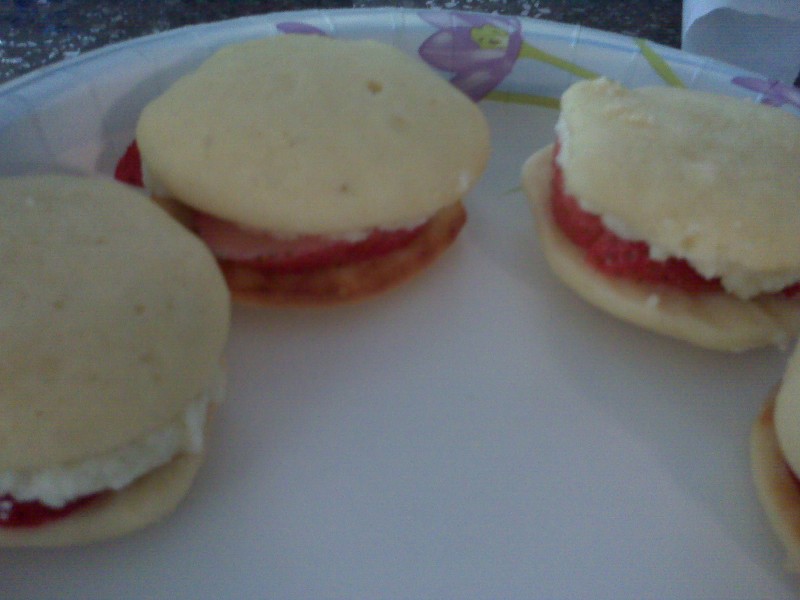