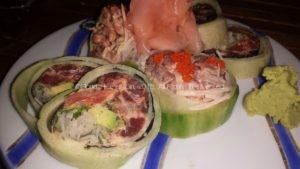 In the middle of Winton Drive, in the heart of Wilton Manors, lies a tiny sushi restaurant. Sozo Sushi is small, with just five stools at the counter, four in the window and two minuscule tables for two. Our party of three sat outside, as that is where there were enough chairs for us to sit together. The interior is impeccably clean, service is friendly, and on a beautiful evening, sitting out on the sidewalk was lovely.

Even the menu is paired down. Our wine choices were “red or white”. Although they only have one choice of each, the selections were thoughtful, and fairly priced. We opted for the Evolution white blend ($32) and in addition to it being an easy drinking wine, it is a good pairing with sushi. The other option is a Decoy Merlot. Or Sapporo, if you prefer beer. As for sake, you’d have a choice of half a dozen.

Like everything else here, the menu is small but well thought out. We started with a ceviche of snapper, which was so good I will have to have ceviche every time I go back. Every. Single. Time. We also had a seared tuna salad, with large slices of beautifully seared tuna. The salad was a little odd, but it tasted good, and we did not leave any on the plate.

FKGuy, going carb-free, ordered the sashimi platter, with twelve large pieces of fresh sashimi. I tried the salmon – it was outstanding. My friend and I ordered a bunch of rolls: spicy salmon (very good, although too heavy on the mayo), shrimp tempura with mango (divine), some type of California roll (while still good, it was the weakest link), a cucumber wrapped spicy tuna with avocado and scallions (something I would like to eat on a daily basis) and a spicy yellowtail roll (I believe it was called fierce! on the menu, and it was amazing).

The sushi was wonderful, but this is not the place to bring your non-sushi-eating friend, hoping they will just get the chicken teriyaki. There is really nothing on the menu for those that don’t love raw fish.

Sozo Sushi is located at 2362 Wilton Drive, in Wilton Manors and is open for dinner only, Tuesday through Sunday (closed on Monday). 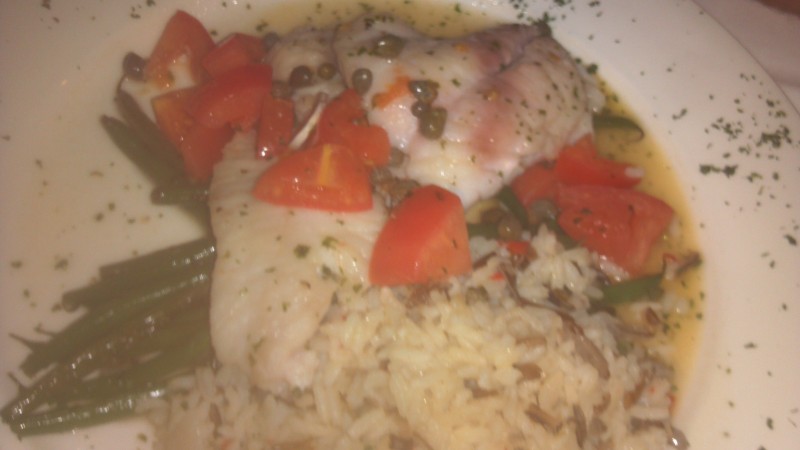 La Trattoria is an Italian restaurant located right on Duval Street. Their bar, Virgilio’s has live music and a lovely outdoor garden. […]

It had been years since I last visited Mangia Mangia on Southard Street. Why it had been so long, I have no […]